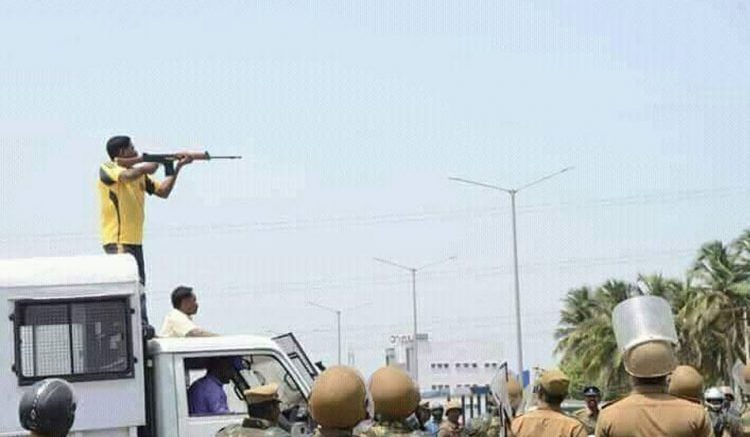 If you can answer these questions as ‘yes’, then chances are that you do not know the actual scenario of our country. We are living in a country where the top heads are killing democracy every day; people are being shooted, slaughtered and murdered.

I am talking about the protest going in Thoothukudi for the closing of the Sterlite Copper Plant that is posing health hazards to the residents nearby. Here are some of the highlights:

The incident is quite sad, but who is at fault, the protestors who are demanding a closure of a factory that is posing health hazards to the citizens or the government in power, who is just sitting in its AC cabinets dissemination orders?  Violent is wrong and it is not acceptable but who insisted the people to resort to violence.

Just by asking people to calm down, will not calm them down. Due to the hazardous smoke of the factory, the residents are facing major health problems. Government should understand this and it should give orders that work in the favour of the citizens.

Shooting them directly is not the right way of dealing with them. The police too should be questioned. If they want to fire, they should do it at the parts below the knee and not above it. How can they mercilessly kill the innocent people over the head and on the chests?

When the police do not have the right to kill the culprit even, how can they shoot the innocent citizens of the country?

From increasing rape cases to the ruthless behaviour of the top heads, our country is facing a downfall day by day. We have reached a state where we do not have any mercy or kindness left for our own fellow men. Sheer shame.