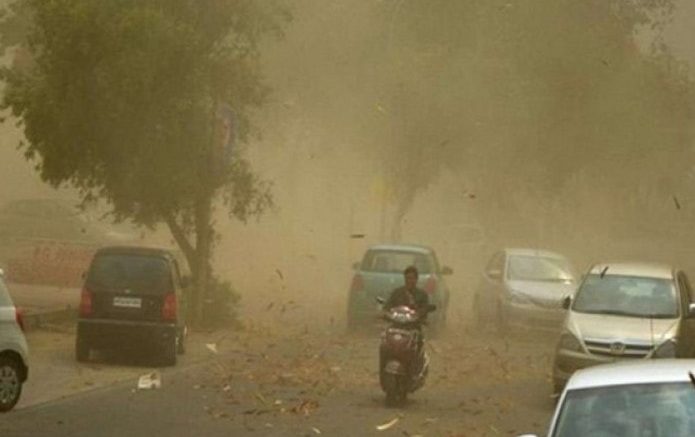 The Met department, after thunderstorms caused havoc, claiming more than 129 lives, has again issued storm warning for next two day for north India.

Reacting to this alert, Ram Bilas Sharma, the Haryana education minister announced schools to close on Monday and Tuesday. The Panchkula administration also requested the residents in the city to stay safe from strong winds and rain. Farmers are informed to cover the crops.

The Met alert says hail and wind speed is exceeding 50 kmph and is likely to occur over Himachal Pradesh, Jammu & Kashmir and Uttarakhand between Sundays to Tuesday. The activity of Thunderstorm is similar with wind speeds and is also likely over Haryana and Punjab on Monday, while the hailstorms and squalls occur on Tuesday in two states.

The department said for Delhi NCR, there was light rain and it was accompanied with gusty strong winds and is expected around the probability of 26 to 50% on Monday morning. Another spell was on Tuesday and this will be light rain or thundershowers that will be accompanied with squall exceeding 50kmph.

The officials in the Met said the storms in the current spell is not expected to be intense as it struck other parts on 4th May and caused in Rajasthan and Uttar Pradesh more than 100 deaths. The Met office with western disturbances passing realized a cyclonic circulation over the Rajasthan northeast and the neighborhood may experience thunderstorm and also rain in north India plains.

Yogi Adityanath, the chief minister of Uttar Pradesh, cut short his campaign tour of Karnataka election in this weekend and took aerial survey of Kanpur and Agra on Saturday, besides visited in hospital the injured. Almost 75 people in Uttar Pradesh were killed in the storm last week and Adityanath will be campaigning today again in Karnataka.