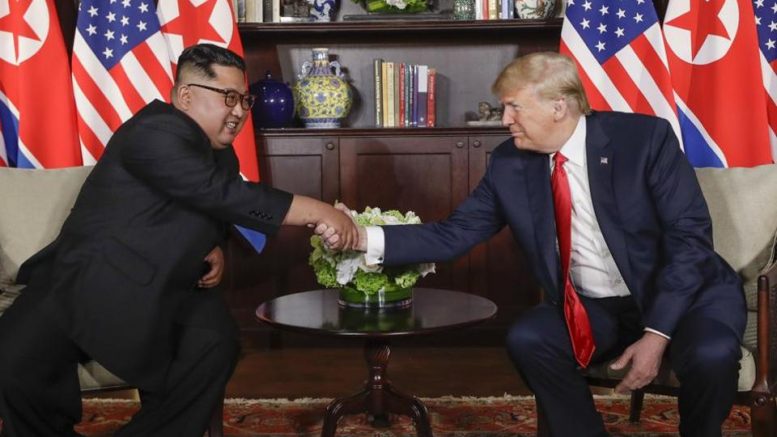 The U.S President Donald Trump and North Korea’s Kim Jong Un finally finished a remarkable meeting on Tuesday with dignified assurances by the U.S president for taking care of a very precarious problem. While the supreme leader of North Korea is anticipating a major change for the world, all because of the summit. Kim and Trump shook hands and smiled cautiously as they met at their summit, in which the two men will search out for ways of finishing a nuclear face-off on the North Korea.

Both of them signed a document which is as per Trump, “reasonably comprehensive,”as well as he uttered “ I feel really great”. It is going to be a great and tremendous success. There will be a ultimate success and relationship, without any doubt. On the other hand, he remained silent on the document aspect, with a hint of revealing on the later stage.

Trump and Kim displayed an initial atmosphere of friendliness.Trump articulated that  the process of denuclearization on the Korean peninsula will begin “very soon” and we are about to start the process, while wrapping off the momentous summit with Kim Jong Un.

The document signing process followed a series of meetings at an extravagance Singapore resort.

Both were seemed pleased and grasping each other by the arm, before the U.S president Trump directed Kim to the library for the meeting only with their interpreters. After half-an-hour, Trump and Kim walked side-by-side through the colonnade hotel just before re-entering the meeting room, to join their most senior officials for a meeting.

Be the first to comment on "Trump, Kim Singapore Summit: Cementing Bond For Denuclearization In North Korea"