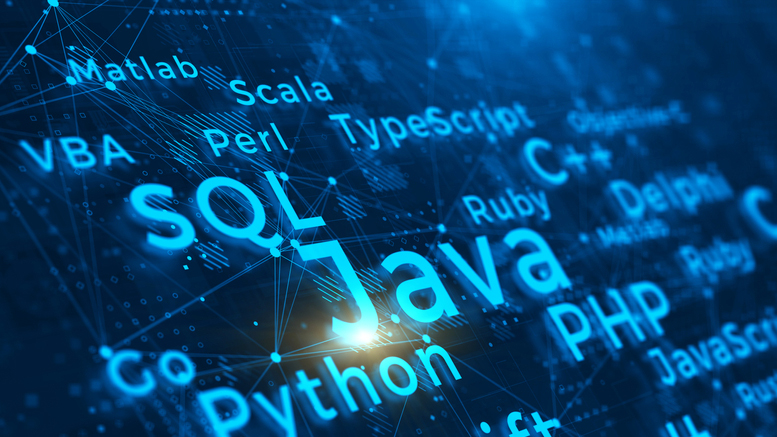 The future of technology is constantly morphing. With rapid shifts in technological platforms, new generation programmers need to stay abreast with the most popular programming languages. It not only helps them to adopt new-age skills but also equips them with the knowledge to thrive in a competitive business environment.

Let’s now take a look at the top programming languages of 2021.

For beginners, Python is the best programming language to learn in 2021. It is not only easy to grasp but has multiple applications that can be utilised for building scalable programs. Social media sites such as Facebook and Twitter have been built with the help of Python. Besides, Python has a huge developer community and exceptional library support to aid and assist new programmers.

For years, Python has established a strong position as one of the most popular programming languages because it is simple and easy to use. It can be used for writing object-oriented, functional or procedural programs. Further, advanced new-age technologies such as Artificial Intelligence (AI), Machine Learning (ML), Internet of Things (IoT) and Data Science utilises Python extensively.

It is highly scalable and the English like syntax makes it easy to read. It is interoperable with Objective-C and is quite fast in comparison to other programming languages. Due to the growing preference for Apple products in the market, Swift is likely to be one of the top 10 programming languages of the future.

R is compatible with Windows, Linux and Mac operating systems. It is commonly used for Machine Learning and Data Analysis. Developers can use R to produce strong Machine Learning algorithms that have the ability to seamlessly operate on different operating systems. It is an open-source programming language and can be tweaked according to individual preferences. It is one of the top programming languages of 2021 and developers who want to be a part of the Analytics team of big organisations must learn it.

A frontend programming language, JavaScript is widely used for developing interactive applications. It can be used to create server-side as well as client-side scripts at the same time. Many start-ups implement JavaScript to quickly create a rich interface for websites. Due to its versatility, simple implementation procedure and the support of a huge community of developers, JavaScript never seems to lose its charm. Developers can use the language to build an extensive range of applications and it works incredibly with numerous other programming languages as well.

Also referred to as Golang, Go is a programming language that Google has curated. It is easy for programmers to navigate through this language and its basic features are quite straightforward. Without complicated codes or ambiguities, it offers excellent multi threading support and proves to be extremely useful for companies that operate with distributed systems. Go is useful for minimal web applications, APIs as well as web servers. Moreover, its similarity to C++ makes it one of the most in demand programming languages for developers.

Android app developers are extremely fond of Kotlin. With the support of Google, the language can be used for a multitude of applications such as web development, Android development, Windows development and side application servers. Companies such as Pinterest, Coursera and Uber rely on Kotlin to achieve exceptional results, testifying its growing popularity in the market and its rapid acceptance by developers.

Rust is poised to be the most demanding programming language in future as it is widely used by developers around the world. The similarity of its syntax to C++ makes it easy to understand. It is an open-source language and has been licensed by Apache and MIT.

MATLAB was initially used by mathematicians and scientists to solve complex equations. It is now implemented for projects that implement complex skills. It is widely used for statistical analysis and its functionality can be widely expanded with the help of toolboxes. It has high coding efficiency and therefore, its productivity is also quite remarkable. It is, therefore, gaining popularity as one of the most in demand programming languages.

As the demand for professionals in the IT industry grows, programming languages have emerged as the new tool for success. Young developers looking to make a mark in the industry must equip themselves with the knowledge and expertise of futuristic languages to become successful.