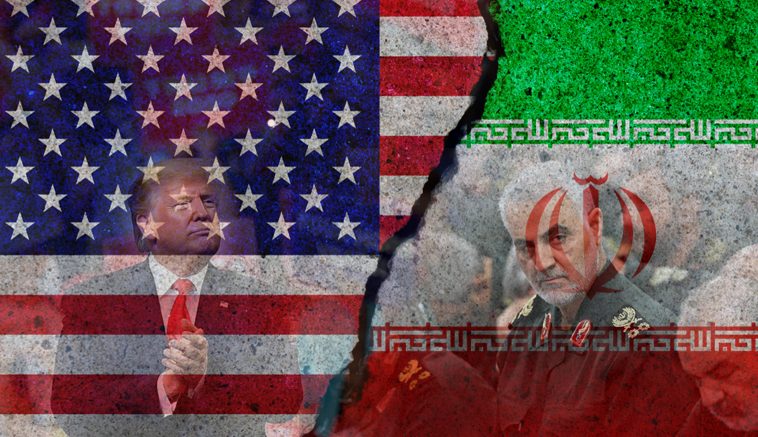 The assassination of Iranian General Qassem Soleimani, leader of Iran’s Islamic Revolutionary Guard Corp’s (IRGC) Quds Force, has triggered a dramatic escalation of tensions between the United States and Iran. Speaking from the White House, President Donald Trump said Iran appears to be “standing down, which is a good thing for all parties concerned and a very good thing in the world” and no Americans were harmed in Iran’s missile strikes on two Iraqi bases. And he would not retaliate military for the strikes.

Instead, he would put in place new economic sanctions until “Iran changes its behaviour.” The targeted killing of General Qassem Soleimani, the head of Iran’s elite Quds has forced Iran to take proportionate measures. Iran did not seek an escalation but will defend against any aggression.
Iran fired more than a dozen missiles at two Iraqi military bases early on Wednesday morning. The US Pentagon confirmed that the missiles hit the Ain al-Assad airbase in Anbar Province and a facility near Erbil’s report in northern Iraq.

In a tweet, Donald Trump said: “All is well! Missiles launched from Iran at two military bases located in Iraq. Assessment of casualties & damages taking place now. So far, so good!”
The United States government told the UN that it would take more action as necessary to protect American troops in the Middle East.

Donald Trump said, “We are independent and we do not need Middle East oil.” America’s booming oil production has more than doubled because of the shale revolution.

The US is Ready to Embrace Peace

Trump said, “Iran must abandon its nuclear ambitions and end its support for terrorism. The time has come for the United Kingdom, Germany, France, Russia, China to recognize reality. They must now break away from the remnants of the Iran deal or JCPOA. We must all work together towards making a deal with Iran that makes the world a safer and more peaceful place.” It is evident that Trump backs away from a further military conflict with Iran.

A strong message from Trump

The president said, “as long as I am the president of the United States, Iran will never be allowed to have a nuclear weapon.”