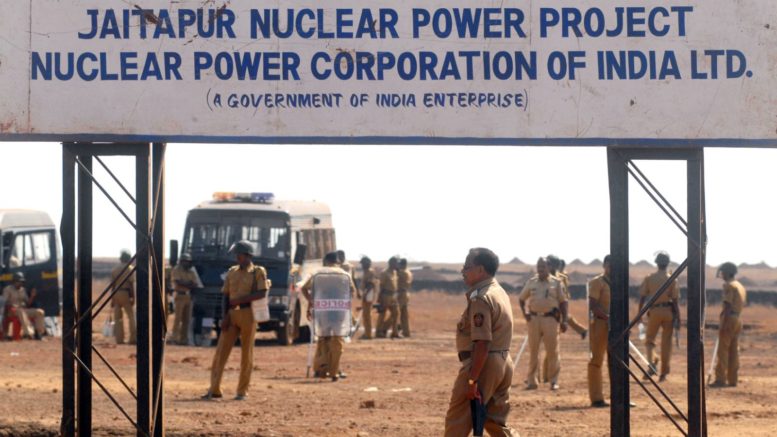 French President Emmanuel Macron is on a four-day visit to India and has joined hands with PM Modi to create the world’s largest nuclear plant in India. In fact, leaders requested Electricite de France SA and Nuclear Power Corp, India’s atomic power producer to take the discussions further on the project that is over a decade. Work on the project is expected to start in Jaitapur, Maharashtra by December.

As the Jaitapur project will be installed, it will be the world largest nuclear power plant featuring a 9.6 gigawatts capacity, said both the governments as a joint statement.

In 2009, Areva SA agreed with Nuclear Power Corp and after Areva restricting in 2016, Electricite de France SA signed with India to supply at Jaitapur six nuclear reactors. EDF carried on research and purchased components for reactors, while some responsibilities will be given to local companies.

The French President visited UP’s Mirzapur to launch a solar power plant of 100 MW. PM Modi reached his constituency, Varanasi, to welcome Macron prior to leaving for Mirzapur. They were accompanied by UP CM, Yogi Adityanath.

The leaders took a boat ride in Varanasi from Assi to Dashaswamedh Ghat.

Apart from this, the leaders signed 14 pacts in areas ranging from defence, security to nuclear energy and also agreed to hold biennial summits from both countries between top leaders.

Be the first to comment on "Jaitapur, Maharashtra to Receive World’s Largest Nuclear Plant"