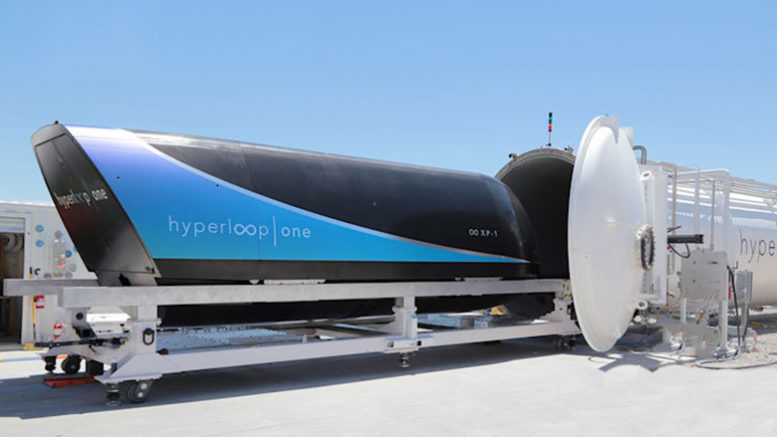 Fostered by Virgin Atlantic’s Richard Branson, Hyperloop One that creates ultra-high-velocity transport solution has signed a MoU with Karnataka Urban Development Department (KUDD) to conduct a feasibility study in Bengaluru.

If the project is successful then people will be able to reach Chennai from Bengaluru within just 20 minutes. Now this sounds great as this technology if comes to India is going to save us a lot of time.

Hyperloop – it is a Log Angeles based company that fabricates transportation of passengers under a capsules set up under a vacuum tunnel above the ground at a speed of 1000 Km/hour.

The company will look for all possible routes, study them and come up with a plan which will surely revolutionalise the way people look up to the transportation in India.

Off late, India is facing a lot of transportation challenges. Increase number of private vehicles has lead to severe road congestion and the result; people face it really difficult to reach at their destination on time. Hyperloop with its speed almost three times better than the trains can help us solve many transportation issues.

Hyperloop is even said to be better than the Japan’s bullet train technology. The construction cost of Hyperloop is less than that of bullet train and it consumes less space. Also the parts of bullet trains and their tracks have to be imported from Japan where Hyperloop One is planning to set up a research and development unit in the Bengaluru city and provide the license to local manufacturers which in turn will open up myriad employment opportunities in future.

This technology requires minimum land and it consumes less electricity as compared to bullet trains and is much faster. As per the census, India is among those countries that has the highest potential for Hyperloop technology.

Along with Bengaluru and Chennai, the company is also making a survey in the state of Maharashtra to ease the transportation between Mumbai and Pune.

Hyperloop India and AECOM are the two companies which won the Hyperloop challenge and are executing the surveys.

Be the first to comment on "Hyperloop is to Make an Appearance in India Soon, Chennai and Bangalore Signs MoU with the Company"