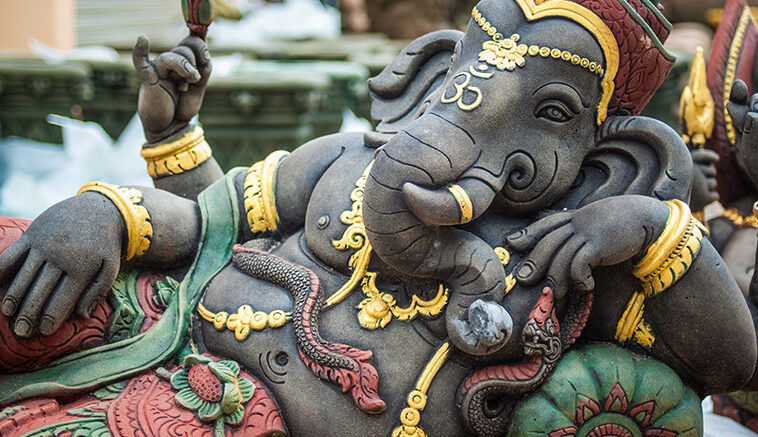 Vinayak or Ganesh Chaturthi is celebrated as one of the most popular festivals of India. Ganesh is the darling of the gods. Every common man worships Ganesh at the beginning of any major task as he is regarded as the God of the beginnings. No doubt that in Ganesh Chaturthi, everyone thinks of celebrating it at their home.

So how do we begin the celebrations of Ganesh Chaturthi at home?It is generally started by building or bringing a clay idol of Ganesh. Then the Ganesh idol is given a bath in holy water and adorned with flowers. This stage is called ‘Abhishekam’.

After that the Puja commences, several delicious food items are prepared just for him. As the anecdotes go, Lord Ganesh loves to eat and among these, the favorite of Lord Ganesh is ‘Modak’ or a kind of sweet. There are also several different dishes like pedha, laddu, barfi etc. These foods are cooked as ‘Neividyam’ or the offering to the Lord.

Then begins the worship with the ‘Aarti’ or the worship of Lord Ganesh. It is performed twice daily. Along with the Aarti, devotional songs and hymns are chanted. It is said that Lord Ganesh visits a home during this time and blesses the household with good luck and fortune.

After 10 days, the festival comes to an end. The devotees take out a colorful procession for the ‘Wisharjan’ or the immersion of Lord Ganesh idol.The worshippers believe that Lord Ganesh takes away all the bad omen in the household along with him when the idol is immersed. The devotees bid farewell to their favorite Lord and hope that they can again celebrate the Ganesh Chaturthi next year.

Be the first to comment on "How Indians Celebrate Ganesh Chaturthi?"