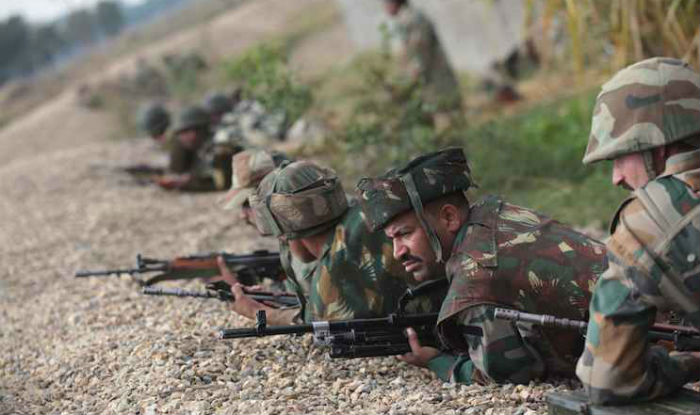 Four Border Security Force personnel were killed, including an assistant commandant rank officer, while another 3 of our personnel underwent injuries, in a meaningless firing by the Pakistan Rangers alongside the International Border, in Samba district of Jammu and Kashmir, as told by a senior BSF officer  today.

The gunfire from across the border in Chamliyal post area of Ramgarh sector began around 10.30 pm yesterday and lasted till 4.30 am, as per a police official. He said Pakistan Rangers and the BSF had a pact in recent times for ensuring ceasefire, but they are violating it by instigating the cross-border firing. So in revenge the BSF troop also fired.

This is in fact the second major ceasefire defilement along the International Border, this month and occurred regardless of  the Director General Military Operations of the both the countries came to an agreement, on May 29,2018 for implementing the ceasefire pact of 2003 and a sector commander-level summit on June 4 for ensuring peace alongside the international Border.

Previous month, thousands of people inhabiting alongside the International Border, in Jammu, Kathua, and Samba districts had to escape from their homes because of the  penetrating gunfire from Pakistan side in between May 15 and May 23. And that resulted in the death of 12 people, comprising two BSF jawans and also a child with lots of injured people.

As per the source, the late-night fatalities take the number of slain persons all because of the  armistice desecration by Pakistan along the International Border as well as LOC to 50 comprising 24 Army personnel.